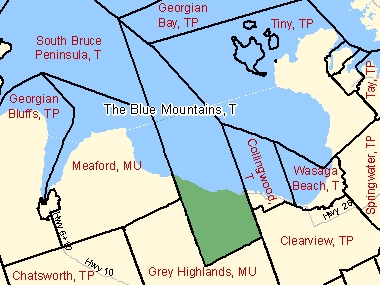 Map of The Blue Mountains, T

The Blue Mountains, T – Median age1 of the population

The Blue Mountains – Presence of children within couple families

In The Blue Mountains, 83.5% of private households lived in single-detached houses and 0.7% lived in apartments in buildings that have five or more storeys. The rest lived in other types of dwelling structures.