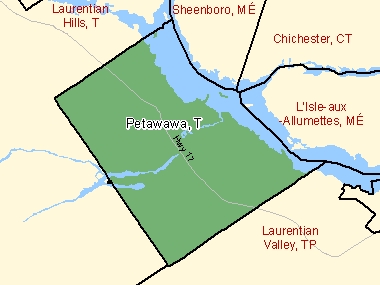 Petawawa (Town) is part of the census agglomeration of Petawawa (Ontario).