The geography universe defines terms related to geographical concepts, infrastructure, products and services. The following summary denotes changes made to the geographic program for the 2016 Census. For further details, refer to the individual definitions of terms.

Statistics Canada is committed to protect the privacy of all Canadians and the confidentiality of the data they provide to us. As part of this commitment, some population counts of geographic areas are adjusted in order to ensure confidentiality. 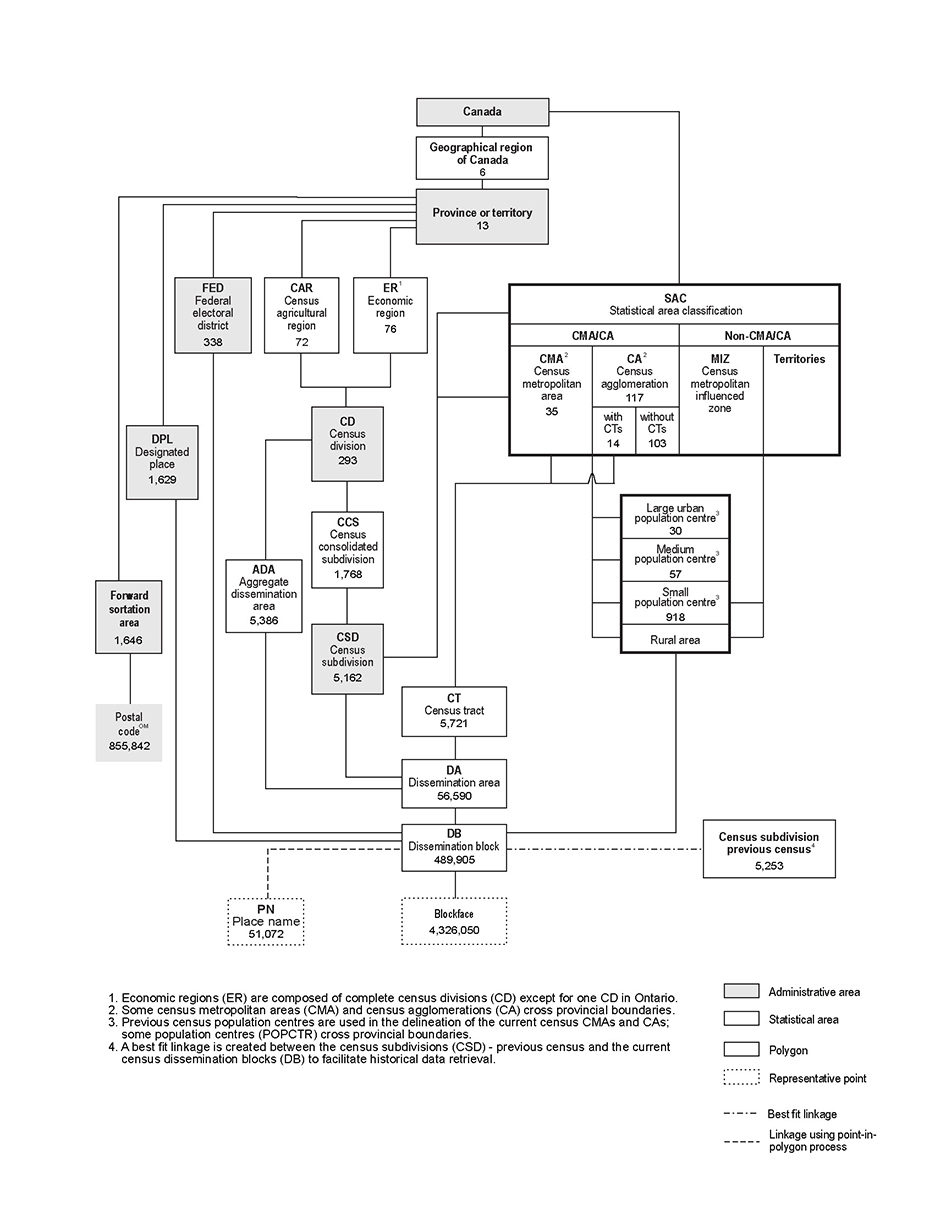